Chapel of the Cross - Lutheran is celebrating 50 years together!

In October, 1961, the voters assembly at Pilgrim Lutheran Church resolved to purchase a ten-acre tract of land from Mr. E. Oscar Rosenkoetter on what was then U.S. Highway 67 (currently Highway 367). The first worship service was held on September 8, 1963 at what is now Kirby Junior High in the cafeteria, with 180 people in attendance.

On October 1, 1965, 220 people transferred from Pilgrim to become members of what would soon become the new Chapel of the Cross - Lutheran congregation. The name for the new church was chosen on October 26, 1965. 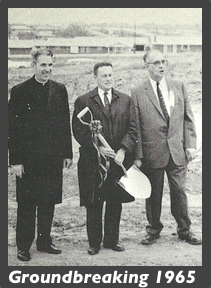 A ground-breaking ceremony for the Educational Building was held on November 21, 1965. This building was completed in time for the Christmas service in 1966. Pastor Milton J. Nauss left Pilgrim to become the first pastor of Chapel in December, 1965.

June 11, 1967 marked the next ground breaking, this time for the sanctuary itself. It was completed and dedicated on March 31, 1968. On March 11, 1973, ground was broken for the gym, kitchen, and general purpose building, which includes today’s rooms A and B upstairs and the largest preschool room downstairs. This was all dedicated on March 17, 1974. 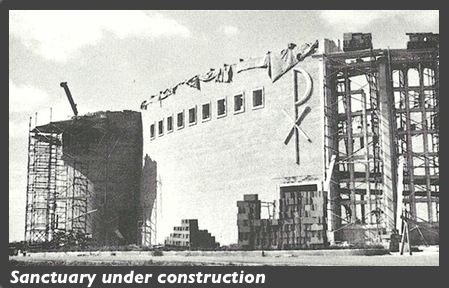 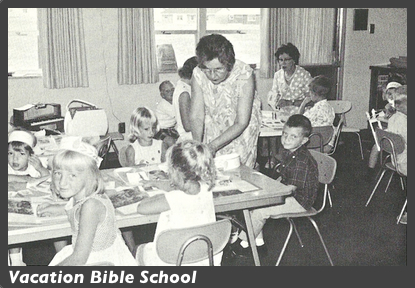 Chapel continued to experience rapid growth during the 1970s. By the end of 1975, there were 2000 members. In the following years, more people were brought on to lead various ministries, including pastoral assistants, youth, music, care, outreach, education, and preschool directors, and seminary students. A fourth worship service on Saturdays at 5:00 p.m. was added in May, 1978. A bus ministry was also started for people who could not get to church on their own. In May 1979, the voters passed a motion to build a garage next to the gym to house the church’s bus and van, and to store larger items.

Chapel began its media ministry in April, 1976, when a contract was signed with KFUO-FM to broadcast the 9:30 worship service. A broadcast booth was constructed in the balcony to accommodate this special ministry. In 1983, Chapel began to air its own television show called, “Action Today,” which was shown on cable TV, and produced entirely by church members.

Chapel began a new daughter congregation on March 14, 1982, when the first service of Chapel of the Cross, St. Peters was held.

Chapel expanded its facility again with the addition of classrooms and a youth room next to the gym, completed in 1985. Pastor Nauss retired in May of the same year, having served 20 years as Chapel's pastor. Pastor Jonathan Stein accepted the call to be the church's new pastor and was installed on June 9, 1985.

Pastor Stein retired in September, 2004. Pastor Theodore Laesch accepted the call to become Chapel's new pastor and was installed on September 18, 2005. Pastor Mark Koschmann was ordained and installed as Assistant Pastor of Missions and Outreach in June, 2011. In 2015, Pastor Mark took a call to teach at Concordia University, St. Paul. 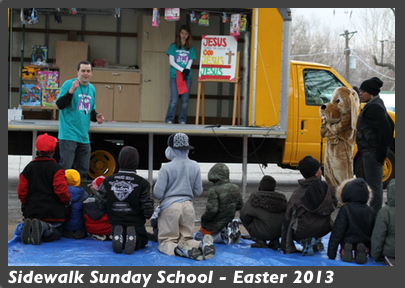 Throughout its history, Chapel has been a strong supporter of mission work. This has included missions overseas, throughout the U.S., and here in St. Louis with the support of Lutheran schools and social ministries to help those who need special assistance. In the late 1970’s and early 1980’s, the church sponsored a number of refugee families from overseas. The Friend of Moms ministry, which helps young mothers, began in the mid-1990’s. Today, the church continues to reach out to the community through ministries like Sidewalk Sunday School, Summer Day Camp, and GriefShare in addition to other mission emphases.

God has blessed Chapel of the Cross with a unique role in North St. Louis County. The expansive church facility provides a great space for programs like our Summer Day Camp. The church family embraces young and old alike. The leadership seeks to guide the church where God directs, in service to its ever-changing community.