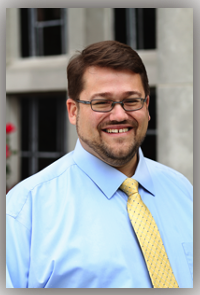 Pastor Ted Laesch, Senior Pastor, was born and raised in suburban Chicago -- a die-hard Cubs fan. He's a "Preacher's Kid" and the youngest of five. He graduated from Concordia University in River Forest, Illinois with a Theological Languages major and a History minor. He met his wife, Mary, in college and they both attended Concordia Seminary in St. Louis, graduating together in 1999 (Mary with a MA, Ted with a MDiv and STM). After two years in Ghana, West Africa for internship and six years in San Jose, California serving Christ the Life Lutheran Church, Pastor Laesch was called to Chapel of the Cross in September of 2005.

Pastor Laesch and Mary have five children, the joy of their lives: Theodore, Nathaniel, Jacob, Ezekiel, and Zoe. He loves spending time with his family, reading, watching the Cubs (win or lose), thick Chicago-style pizza and Starbucks coffee.

He feels blessed to serve at Chapel of the Cross, being able to share God's love and His Word, and to work together with a talented and dedicated group of staff and lay leaders who share the passion of sharing the love of Jesus in North St. Louis County and beyond. 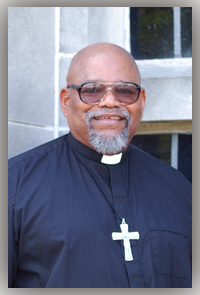 Ellory attended the University of Missouri, St. Louis graduating with a Bachelor of Science in Business Administration. After working in a number of hospitals as a Housekeeping Supervisor, started a cleaning business.

The Glenn family joined the family of Chapel of the Cross in 1996 and participated in both the music and drama programs. Ellory became an Elder in 2005 and the Chairman of the Board of Elders in 2014. He felt the call to serve during this time, and after mentoring by Pastor Laesch, applied and was accepted into the SMP program in the fall of 2018. Ellory was placed into the Spring 2019 cohort with a specialty in Minority Outreach and Veteran Outreach.

Ellory and his wife Kathleen are the parents of Chenoa, Zebulon, Mirah, Racheal, and Micah. They have 10 grandchildren. 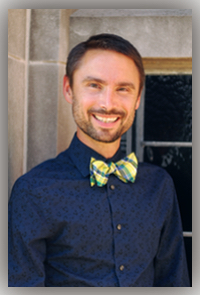 Jim serves full-time as the Director of Music Arts at Concordia Seminary, St. Louis, where his responsibilities include teaching courses in worship and culture, as well as overseeing a diverse range of musical activities associated with the worship and ministry life of the seminary community.

Holding undergraduate and graduate degrees in Parish Music from Concordia Nebraska and Concordia Wisconsin, respectively, he earned a Ph.D. in Liturgical Studies from Garrett-Evangelical Theological Seminary in Evanston, IL, with an emphasis in liturgical inculturation. Jim and his wife, Kristi, have been married for eighteen years and are blessed with two children, Joel and Kirstin. 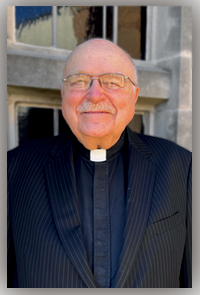 Pastor Clifford Louis Bischoff, Pastoral Assistant – Visitation, was born in Columbus, Wisconsin and raised on a dairy farm in Dodge County, Wisconsin. He is not a sports fan, having given up baseball when the Braves abandoned Milwaukee for Atlanta in 1966. He graduated from Concordia Seminary in 1971 and served at Bethesda, Pine Lawn, MO; Our Savior, Flint, MI; First Trinity, Oakland, CA; Emmaus, Milwaukee, WI; and since 2008, Chapel of the Cross. In Pine Lawn, Flint, and Oakland he also served as a part time hospital chaplain at Normandy Osteopathic, Hurley, and Highland Hospitals respectively. His life motto has been his Confirmation Verse, “The fear of the Lord is the beginning of wisdom; all those who practice it have a good understanding. His praise endures forever.” Psalm 111:10

Pastor Bischoff has been married to Dorothy since 1981. Dorothy worked as a Labor Relations Specialist for the Internal Revenue Service in Oakland and Milwaukee. Their daughter Rhonda is the principal of the Stadium View High School in Minneapolis and along with her husband is an independent contractor.

Pastor Bischoff’s diversions include genealogy and related history, reading the Bible in various versions including German and Spanish, and running his John Deere E110 tractor across the lawn pulling various attachments. 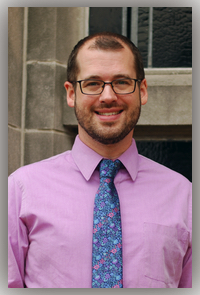 Ryan grew up in rural Nebraska and has been involved in church music most of his life. In 2004, he graduated from Concordia University in Seward, Nebraska, with a Bachelor of Music in Parish Music and accepted his call to serve at Chapel of the Cross. He and his wife, Anne, have four children and a Boston Terrier.

Ryan enjoys spending time with his family; writing, playing or listening to music; and gardening and spending time outdoors. Psalm 34 has always been both a favorite and a constant reminder to him of his need for God, His blessings and His faithfulness: “Taste and see that the Lord is good…” (Ps. 34:8). 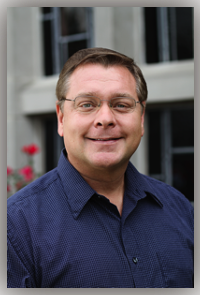 Bill Rusnak, Director of Adult Ministry, was born and raised in Ohio, and attended Lutheran schools his entire life. It is a great joy for him to use his background and experience in Lutheran Ministry in teaching, organization and administration in this position at Chapel.

Bill and his wife, Carolyn, have been at Chapel since 2009. While he's been called many things; Son, Brother, Husband, Father, Church Worker, Director, Grandpa and Uncle Bill, (just to list some of the good ones), he is most thrilled to be called a Child of God. Knowing that he is useful in His Kingdoms of Grace and Power is a trust that he treasures. 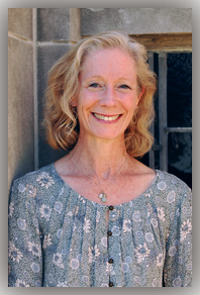 Mary Laesch, Children and Family Ministry Coordinator, grew up in beautiful Wisconsin in a family that taught her about the love of Jesus. Mary is passionate about partnering with families to share the love of Christ with one another and with the people around them.

Mary graduated from the deaconess program at Concordia University, Chicago, where she met her husband, Ted (Senior Pastor at Chapel of the Cross.) She earned an MA in Theology from Concordia Seminary, St. Louis and an MS in Curriculum and Instruction from Concordia University, Ann Arbor. Mary formerly led children and family ministry at Christ the Life Lutheran Church in San Jose, CA, where Ted served as pastor for six years. Currently, Mary is an Editor of Curriculum at Concordia Publishing House.

Mary loves spending time with her family, hiking, writing, and taking walks with their dog, Louie.